To those that were lucky enough to know Sevan Muradian, we all knew him as a force of nature in the chess world – particularly on the Chicago Chess Scene. 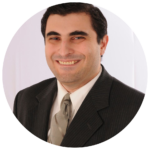 He was much more than just a well known International Arbiter, International Organizer, Secretary of FIDE Rules Commission, Lecturer for FIDE Arbiters’ Commission and advisor for FIDE Online Commission. He was our friend, mentor and colleague.

All profits for the books are donated to the Muradian family in memory of Sevan Muradian. Thank you for your support.

Relive the Chicago Blaze history in action as we follow the team to their build up to the Championship! Insider stories are shared. It is Chicago history presented through the former manager’s unique point of view. All profits from this book are donated to the Muradian family.

The Chicago Blaze chess team represented the Windy City in United States Chess Leaguefrom 2008 to 2011. In 2011, the team made the championship finals where they lost to the NY Knights. This book contains stories, photos, puzzles and analysis by team members of the 176 games. 169 games are annotated including 16 by GMs & 15 by IMs.